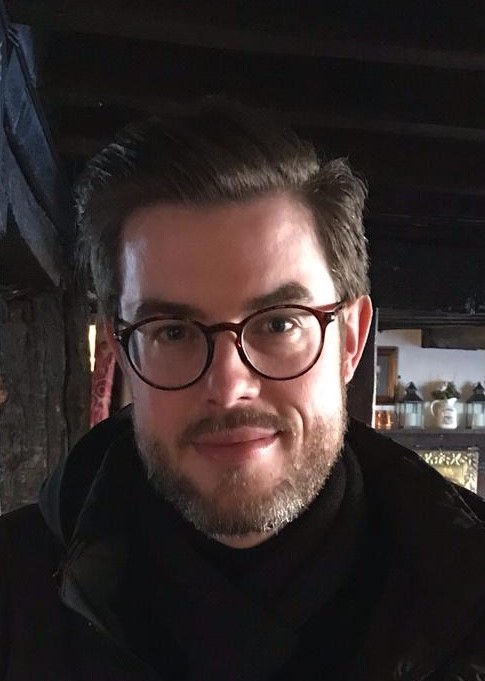 Savile Row is mourning the death of Christopher Perrin, manager of the City branch of Cad & the Dandy, who has died aged 34.

Perrin was beloved by Cad & the Dandy customers for his sense of humour and generosity. John Baker, creative manager at Cad & the Dandy, said: “He was very funny, the kind of guy who gets on with everyone. He was thoughtful, generous and everybody liked him.”

Baker said Perrin’s death had come as “a complete shock”. Christopher Perrin was born on June 13 1984 in Sidcup, Kent and moved to Colchester at a young age. His interest in menswear began as an adolescent.

His mother Niki Perrin said: “He always loved clothes, which he was interested in from the age of 14. It was my fault for encouraging him, as I would change his outfits six times a day. When other children went out for a soccer kickabout, he would be wearing a jacket and tie.”

Perrin left school aged 16 and immediately started working in Colchester at Innes Cole Menswear. He moved to London a decade ago, where he won positions at Harrods and Selfridges the New Ralph Lauren showroom, among others. His first job on Savile Row was with Huntsman for three years before he moved to Cad & the Dandy two years ago.

Mrs Perrin said: “When he became City store manager at Cad & the Dandy, he achieved everything that he wanted. Christopher achieved his dreams because he was so passionate about clothes.

Outside of tailoring, Perrin enjoyed white-water rafting, potholing, karaoke, gardening and video gaming. He also loved animals, and especially his two cats. And he was an inveterate traveller, visiting countries including Australia, Japan and the USA, where he was unafraid to try adventurous foods.

Perrin was working on illustrations for a children’s book at the time of his death.

Mrs Perrin added: “He lived as full a life in 34 years as other people fulfil in a lifetime.”

His friend Gwen Fagan, London showroom manager at Huddersfield Fine Worsteds, said: “He was extremely charismatic, always the life and soul of the party. He was always making his friends laugh. Christopher was kind, caring and thoughtful.

“Christopher was a very beautiful person but he had an illness that resulted in his demise. Anything that can be done to raise awareness of this disease can only be for the better.”

Cad and the Dandy has set up a JustGiving page for Christopher Perrin raising £5,000 for charity.

City branch manager was renowned for his 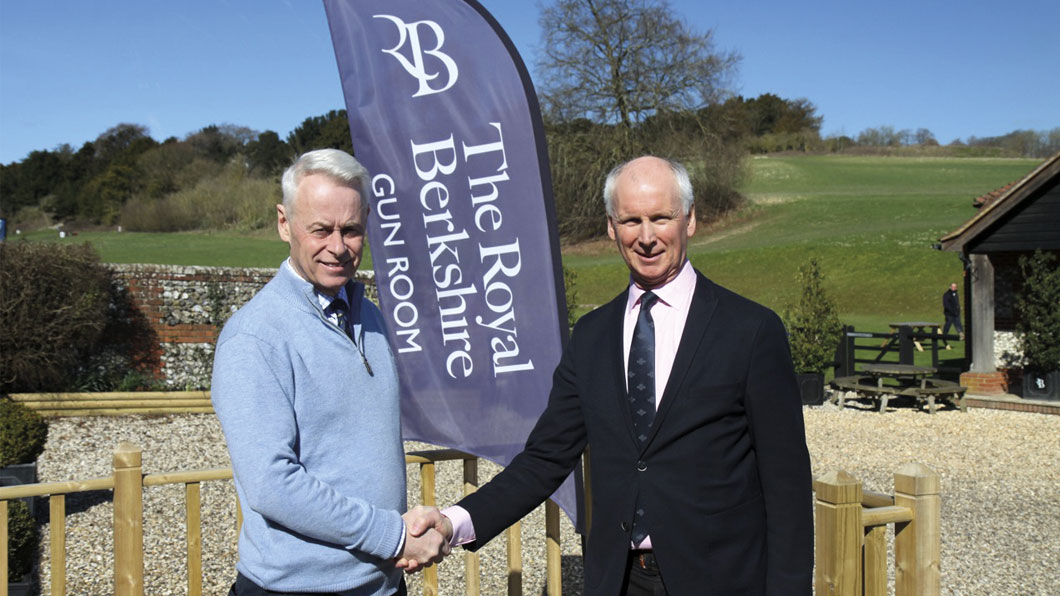 The purchase includes the Royal Berkshire Shooting School set in 65 acres of an Area of Outstanding Natural Beauty; the Gun Shop – a retail outlet with meeting and hospitality facilities – the Royal Berkshire Sporting Agency and The Really Wild Clay Company which arranges simulated game shoots across the UK.

Chairman James Horne said: “We are delighted to welcome the RBSG team and combine these two outstanding brands, offering our shooting customers an expanded range of first-class products and services. Customers of the Royal Berkshire Shooting Group will still be able to enjoy the products and services they know and love with exciting additions from the Purdey portfolio.”

James Purdey and Sons Ltd. has been making shotguns and rifles since it was founded in 1814, and has offered a selection of high-quality clothing and accessories since 1974. The company, which holds three Royal Warrants, has a shop and gun room – the famous Long Room – in Audley House in Mayfair, London and its factory in Hammersmith, London.

James Purdey and Sons has acquired the 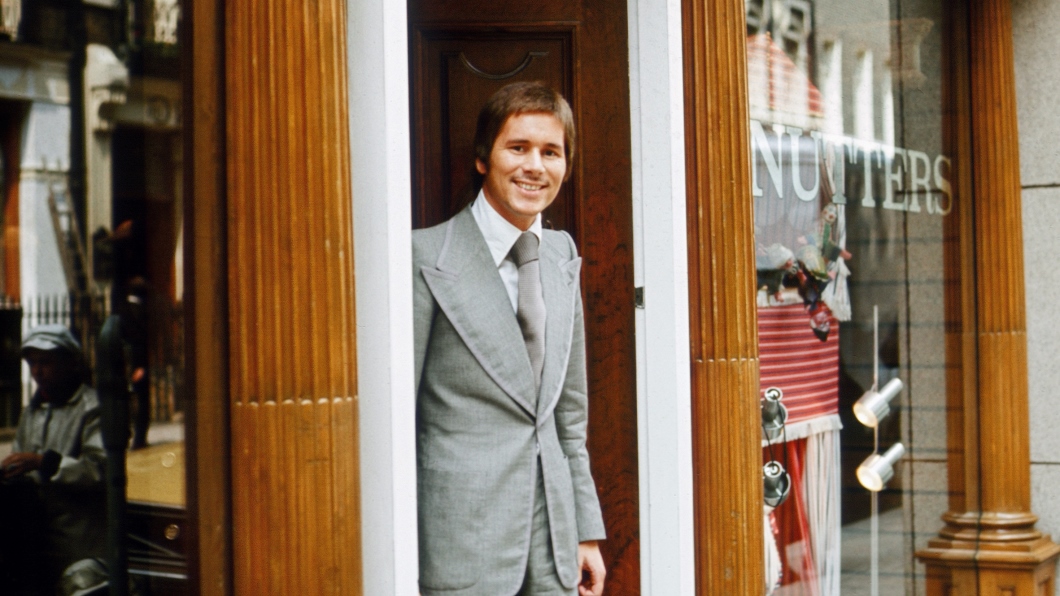 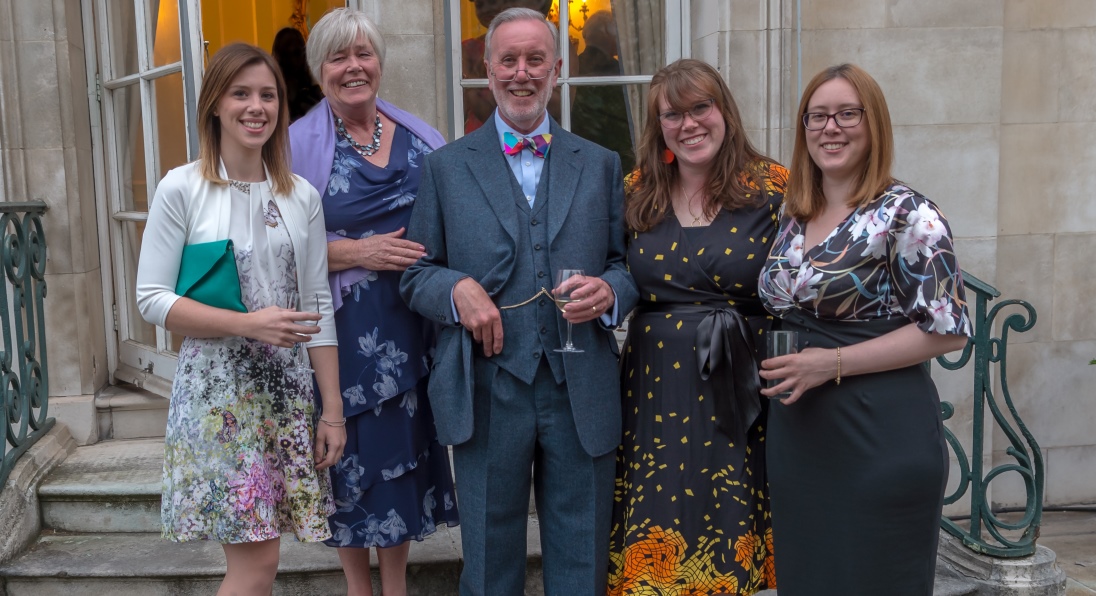 For a man a week away from retirement, Alan Alexander is full of vim. When we meet at 9am for coffee, the Henry Poole veteran has already been at work for the best part of two hours and certainly seems to have as much energy and enthusiasm for the day as the young apprentices he works with and so admires.

“The increasing number of apprentices I see in and around Savile Row now – both male and female – are incredibly good news for our business,” he says with clear delight. “When I first came to Savile Row, nearly every shop was a tailor’s shop and there were lots of apprentices. Then it petered out a little but, in recent years, there has been an upsurge. The good thing now is that a lot of young people seem to be keen to get involved in a craft tradition, especially women. There has been a sudden increase in interest.”

As Alan, now 66, looks back on his 50 years in the business – he began as a 16-year-old apprentice coatmaker for a tailor who worked for Savile Row companies – he does so with understandable pleasure. “When I came into the trade, one of my ambitions was to work on Savile Row. Now I’m proud to say I’ve been working here for 36 years. When I was at school, I was interested in fashion and a career adviser suggested tailoring. I went to see the rep from the National Union of Garment and Tailor Workers who knew someone who needed an apprentice coatmaker. I gave it a go, liked it and have stayed in the business all my life.”

Over his career, it has been the chance to see the world that has been one of the highlights for Alan. “I never expected to travel when I came into the job but I’ve been all over the place,” he says. “In my early twenties, I went to America several times and I’ve been going to Paris since 1977 though I stopped that in 2016. I enjoy travelling and, at one time, we were going five times a year just to Paris where Henry Poole has a proud history, stretching all the way back to Napoleon III, then onto Charles de Gaulle and then, in my time, onto President Giscard d’Estaing.

“When we went to Switzerland we would fly to Geneva and then catch a train to Zurich which was a lovely train journey, around Lake Geneva and then cross country. Beautiful scenery. We are very much involved with America and Europe and now we are growing in places like Singapore, Hong Kong and Japan. An Arab client of mine who would be off on his yacht somewhere would phone to organise a fitting and I’d fly out to the nearest place to where he was and he’d sail in to see me. I went to Sardinia once to meet up with him.” 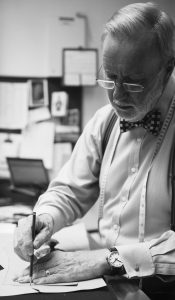 Alan, who stepped down from the board of directors at Henry Poole last year, joined the team in 1980 when the business was in Cork Street before moving to its current home at 15, Savile Row in 1982. Now, as he takes his leave for a well-earned retirement, he is confident that the tailoring business in the area can look to the future with confidence.

“I’m definitely far more optimistic about the future of tailoring on Savile Row than I would have been, say, ten years ago,” he says. “There will always be a demand for quality craftsmanship and there are so many young, talented people coming into the trade. We have a lot of young apprentices here at Henry Poole.”

For the future Alan and his wife Maureen can look forward to spending time in their new caravan. “There is such a lot of this country we have not seen so we decided to buy a small caravan and take a look,” explains Alan, who also plans to spend more time by the river, fly fishing for trout. But their first trip will have to be interrupted as Simon Cundey and the team at Henry Poole are organising a retirement party for Alan at the RAC Club in Pall Mall.

What will he miss about not working at the centre of bespoke tailoring? “I’ll miss my colleagues and miss seeing the clients,” says Alan. “And I’ll miss seeing a finished garment go out of the door with a happy customer. As Angus Cundey said, ‘A customer is not a customer until he comes back and buys another suit’.”

And Alan’s final thoughts? “I definitely made the right decision to come into this trade all those years ago.”

By Daniel Evans For a man a 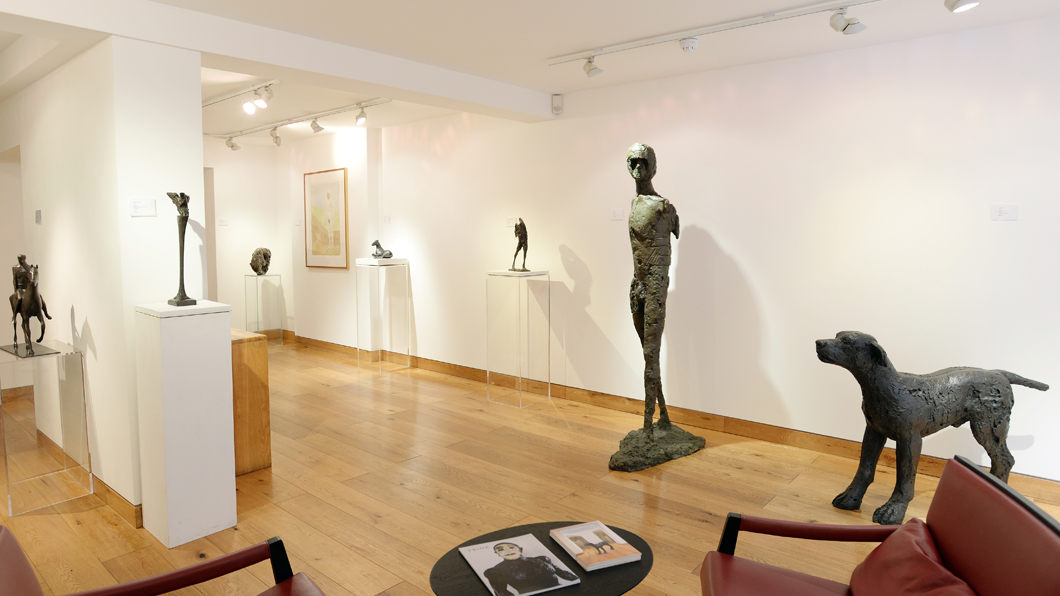