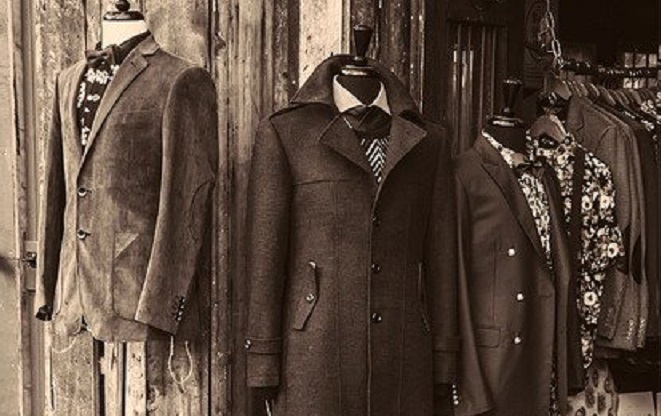 British youth cultures have always admired  a ‘whistle and flute’, in whatever form it came. Robin Dutt offers his reflections

Possibly no other country in the world can lay claim to the societal influence of youth cultures in the post-war years, than England.

And that is a remarkable,but indisputable, claim for a small island whose style influences resound around the globe. Of course, Savile Row being quintessentially English is recognised internationally but it took various swathes of well-dressed youths to remind how tailoring could be made revolutionary too.

Four main youth groups have exerted an undeniable influence in such different ways – but all reliant on the tailor’s craft.

In France there were the Minettes, more elegant, perhaps like their Italian counterparts posing on Vespas but the English Mods, when not in their ubiquitous Parkas, showed a clear yen for a suit – closely cut and instantly slimming – almost painfully so, on the thinnest man.

Indeed, Street wear supremo of this 1960s scene, Ben Sherman, is still a respected name and more recently, ex-Oasis frontman, Liam Gallagher established his Mod boutique, Pretty Green in Carnaby Street. It was a very deliberate decision to be there – the street-arena of the original Mods, sixty years ago. Groups such as The Kinks and The Small Faces understood the power of well-tailored suits but had theirs garnered from unconventional and sometimes, non-tailoring cloths.

More was more for them, who festooned their scooters in UK flags and more mirrors than a magpie could handle and came in three varieties – Hard Mods, Soft Mods (here the similarity with boiling times for eggs ends) and Peacock Mods.

Similar to the prior two subcultures, Skinheads rejoiced in their working class backgrounds and delighted in challenging the system.

They were probably the most overtly aggressive group and this was reflected in their cheerful adoption of a sinister similarity which made them look – en masse – as if part of a larger army.

It was a uniform. But even these usually politically questionable individuals realised that tailoring was also a kind of armour of intent and this usually took the form of the ‘Crombie’ overcoat (but not often cut from Crombie cloth) narrow proportions and often sporting red acetate lining – the lining of the top pocket, the same which could be pulled out for that look of violent formality.

They dressed as if part of a not so secret, secret society and both racist and anti-racist skins adopted the look but many were quite nice chaps, actually.

Western-style Bolo cords and metal motifs took the place of classic fabric neckwear and the look was essentially neat if deliberately annoying for the traditional English gentleman who could see what their ‘game’ was!

‘Watch’ chains were overlong and looked as if they might have a knife at the end.  To top it all, foppish haircuts such as the Quiff (Duck’s Arse) subverted convention and cocked a snook.

These were the Teddy (new Edwardian boys) showing how they could turn tradition and social mores on their respective – if not respected heads. The Soho and provincial tailors made fortunes from them in a way that, shall we say, the Savile Row tailors did not?

The most elegant and sensually aware of any British subculture, this group featured men who seemed to be channeling aspects of Oscar Wilde’s Aestheticism a whole century before.

But whereas conventional tailoring might have been eschewed, tailoring fabrics were not, their costumes realised in velvets, silks, fine cotton Lawn and psychedelically-inspired man made fabrics.

The famous image of a very Byronic Lord Lichfied in oversized jabot and puffed sleeves even heralds the New Romantics of 20 years later. But Kings Road, Carnaby Street, and indeed Savile Row, tailors were sought-after for decadent inspiration and for a period,

The Beatles and The Rolling Stones led the way in the look that has become synonymous with a very English sartorial affair.