World Cup winner Bobby Moore was a leader on the pitch and in the fashion stakes too, writes Daniel Evans.

The first time I met Bobby Moore was in the autumn of 1986. I was a young sports journalist trying to make my way, he was England’s World Cup winning captain who had ended up writing sports reports for what was, then, Britain’s newest national newspaper.

The Sunday Sport had launched the day before my first shift and it was clear it wasn’t aiming at the highbrow market. As I sat in the office waiting to find out what needed to be done, I clearly remember the man in charge, who had been quite happy with all the production and distribution side of things, telling his editorial team that they needed to “up the nipple count. We need more nipples per page”.

It was into this intellectual atmosphere that Bobby Moore walked a day or two later to discuss what was needed for his next column. Can you imagine David Beckham or Steven Gerrard, Wayne Rooney or John Terry catching the Tube to prepare for the following weekend’s big match preview? But Moore was there, on time and keen to learn. And, even though it was only an informal meeting, I couldn’t help but notice – probably because nobody else was – that Moore was immaculately dressed. He listened carefully as we talked about how he was going to approach his next column – how different players respond better to different types of encouragement, if I remember correctly. (He was also pleased to hear that the nipple count edict did not apply to the sports pages).

At the time, it did not occur to me that, instead of sitting in some nondescript office in north London, Moore should have been working in football, at the very least as an ambassador for the FA, travelling the world and encouraging youngsters to take up the game and play it in the right spirit.

Those memories came back to me the other day as I sat down to watch ITV’s Tina and Bobby, a three-part serialisation of Moore’s life through the eyes of his first wife. Tina Green met her future husband at the Ilford Palais in Redbridge, London. She was 15 and he was 17. Tina was a typist for the Prudential and initially made more money than her football playing boyfriend. “I wasn’t overly impressed at first,” she recalls. “He wasn’t quite handsome, but he was good-looking, and charm personified.”

The series, commissioned on the 50th anniversary of that 1966 World Cup win, rattles through Moore’s success on the pitch with little time on the ball (very un-Moore-like), preferring to concentrate on how Moore was let down by football and, in turn, how he went on to let down his wife. Praise has rightly been heaped on Michelle Keegan’s portrayal of Tina Moore while Lorne MacFadyen, although clearly an impressive athlete, failed to capture Moore’s innate modesty and humility. What the series did capture, though, was Moore’s love of fashion. The man was as big a part of the Swinging Sixties as any Beatle. Style just oozed from every pore. They may look dated today, but it’s virtually impossible to find a picture of Moore looking anything other than immaculate.

In the book on which the TV series is based, Tina Moore reveals that her husband was not only always well dressed but obsessively neat. “The jumpers in his wardrobe were hung in sequence from dark colours to light,” she writes. “You don’t often hear a man described as beautiful but that’s what Bobby was – he looked like a young god who happened to play football. He was a complicated young god.”

He was meticulous about how he looked, perhaps even obsessive – when he put on a pair of trousers in a football dressing room, he would stand on the bench – and his enthusiasm for fashion was one of the reasons behind his involvement in Harrison-Moore Ltd, a leather coat factory in east London which he co-owned and designed for in the late 1960s. One story, told by England team-mate Alan Mullery, reinforces Moore’s swinging 60s persona – he took a portable record player to the European Championship in 1968 along with Engelbert Humperdinck’s new album, which he played, according to his room-mate Mullery, “morning, noon and night”.

The final episode in the series concentrates on Moore’s struggle to get involved with football after his retirement and highlights his meeting with Elton John who had recently taken over Watford and was in need of a new manager. Moore, in the final week of his playing career, wanted to break into management. The two men shook on a deal and Moore went on holiday to wait for a call that never came. He learnt through the newspapers that the job had gone to Graham Taylor, then a young manager with Lincoln City.

In her book Tina Moore recalls: “Bobby shook hands with Elton John for the manager’s job there but it didn’t materialise. Bobby increasingly withdrew into himself as he received knockback after knockback. He’d wake with a scream from a recurring nightmare. ‘I’m running in sand,’ he would tell me. ‘I can’t get anywhere.’ The golden Bobby that everyone worshipped was slowly dying inside. One night he took me out to dinner, poured two glasses of champagne and said, ‘Tina, I love you. You deserve the finest things in life but I can’t do that anymore. I can’t afford it.’ His spirit seemed crushed. It was then that our marriage hit the rocks.”

Ironically enough, in February 1993, Taylor was managing England while Moore was working for a London radio station so both were at Wembley for a World Cup qualifier against San Marino. It was the last time I saw Moore alive. Although news of his cancer had broken that day, he still insisted on coming to work and was dressed as stylishly as ever. He walked swiftly past the journalists in the press box, the collar of his leather jacket turned up and with a large cap firmly fixed over his head. He was pale and clearly ill but he just got on with his job. A week later, he was dead.

So why did football turn its back on such a charming, considerate and charismatic man? Looking back, it is quite staggering that, after his final match for Fulham in 1977 he was largely ignored by the football authorities. Imagine that happening today to a man who had captained England to victory in the World Cup final.

Other countries look after their heroes properly. People like Franz Beckenbauer and Johan Cruyff went on to manage their national teams while others like Bobby Charlton and Gerd Müller are held in high esteem by former clubs. So what did Bobby Moore do so wrong? Beats me. He certainly deserved more – so much more – than to spend his final years writing for a downmarket Sunday newspaper and working as a radio pundit. Perhaps, if ITV commissions a three-part series on the 50th anniversary of his death, we might get to learn more. 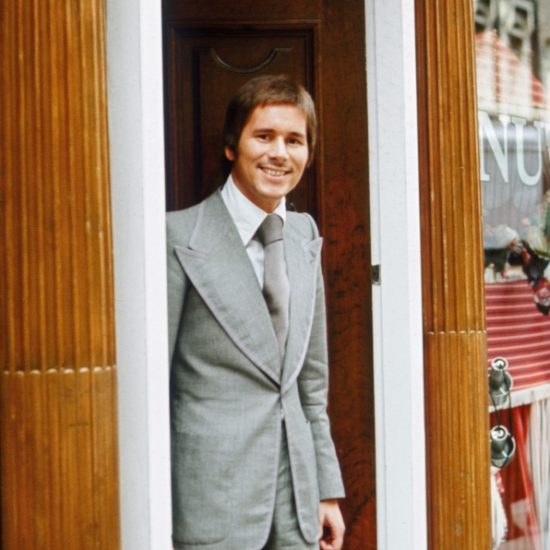