The grooming guide for the ultimate gentleman

The grooming guide for the ultimate gentleman 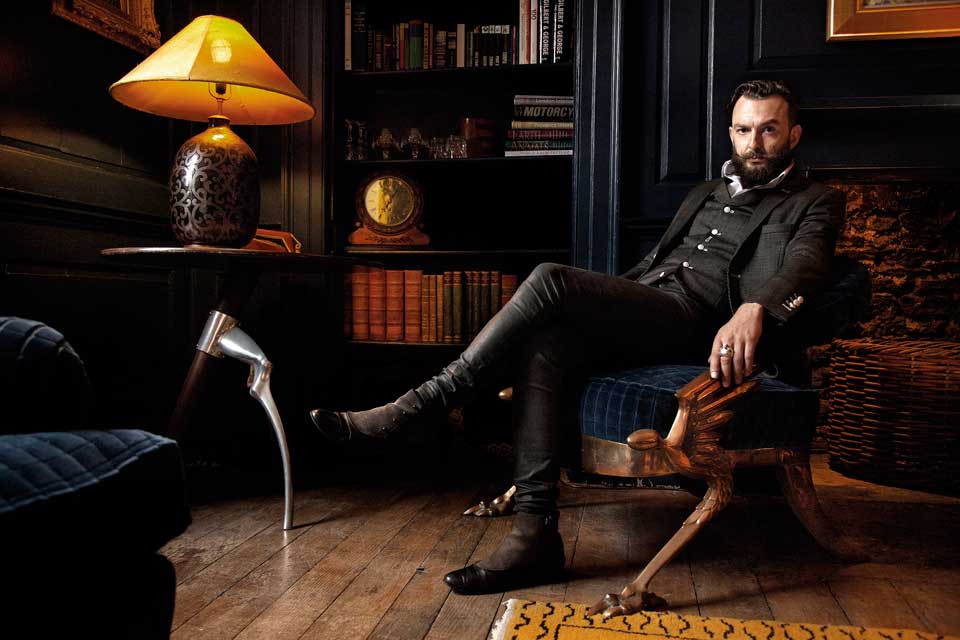 The barber that shaved Charles Dickens with an open cut-throat razor is now shaving men all over the globe – not him personally, of course, but the brand. While the marketing of brands was not the phenomenon it is today when Dickens was being attended to, he and his contemporaries would have been very familiar indeed with the barber name that continues to shave the great and the good now – Truefitt & Hill. 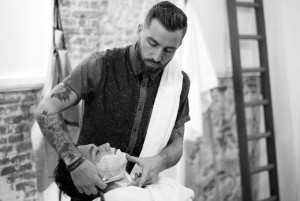 As the oldest barber shop in the world, starting life in 1805, it has been responsible for holding a razor to more illustrious throats than any other respectable institution. And one member of staff in particular served very many of them, Mr Holgate finally retiring from the shop in 2001 at the age of 96, after over 82 years with the company, having started with them at the age of 14.

There are now outposts of Truefitt & Hill providing wet shaves with a razor to gentlemen in Chicago, Toronto and Beijing. And a new partnership with top spa name Resense will see their range of men’s toiletries in Kapinski hotels all over the world.

This tie-up was celebrated at Truefitt’s St. James’s premises this autumn, where the esoterics of a close wet shave were demonstrated on a relaxed young man by a young lady barber. Dickens would surely have appreciated the attentions of a female barber, but the first lady to be hired here was an American manicurist in 1864, and not until 1964 was a lady allowed to wield the razor.

There has been something of a renaissance of wet shaves, men once again enjoying going to a barber in much the same way as women go to the hairdresser – to be pampered.

At this establishment, there is a strict procedure, from various unguents being applied, through the head being wrapped and massaged in a towel, to the foam being applied, always with a badger brush, and then the steady strokes of the blade. This is no longer sharpened upon a leather strop. Not surprisingly, Health & Safety have interfered here, so that the blades are disposable and must not be used more than once. Most men with any real growth will testify to the fact that this really is the best shave possible.

Shaving aside, various other services are available. And a raft of soaps and creams, deodorants and colognes are marketed under the Truefitt & Hill name, and it is these that will now have pride of place in the Resense spas internationally, within Kempinski hotels. This will be the only men’s range used by Resense and on sale to clients.

Exotic wax for your tash

Moustaches are quite out of fashion. Not so long ago, when every man wore a hat, they also favoured a tash, from narrow to full blown handlebar but facial hair has been pretty much out of favour since the 1940s.

Nevertheless, there are those men out there dedicated to cultivating a bushy growth above their upper lip, and inevitably there are those dedicated to helping them.
BeauFort London is one such. This company has created a moustache finishing wax designed to withstand extremes of temperature and humidity without losing its hold. Made from Somerset beeswax, Argan oil from Morocco, Brazilian orange peel wax and Ghanian shea butter, it will ensure that a gentleman’s moustache, whether pencil slim, of Dali’s sharp points, Fu Manchu style or Poirot neat, stays exactly in place.
Available in a smooth aluminium case below, it is just the present for a moustachioed man of your acquaintance, price £80.

Putting a smile on your lips

The Americans have always thought the British have terrible teeth – and indeed our gnashers have often been seen as less than pearly. But now the benefits of revealing an impressive dental array when smiling is increasingly appreciated by British men, as the pursuit of looking good continues apace.

The spend on cosmetics – not just deodorant and aftershave – has risen phenomenally in recent years, and is now little short of what women spend, and indeed recent reports claim that some spend more. There are salons across the country devoted to pampering and grooming the male, and the breadth of unguents available to support them in providing miraculous transformations is ever-growing. 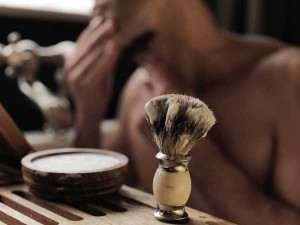 Recourse to dental surgery has been slower but is catching on. When author Martin Amis had a mouthful of change some years ago in the U.S, at considerable expense, it drew snide comments from the media and was seen as somehow a bit precious. He, in fact, had to have the inplants for health reasons. Now, many men in the UK are at last following in the teeth of their American cousins and getting their crooked, misshapen, and stained teeth fixed.

It is costly of course, and can require time consuming and a not very pleasant treatment procedure. Not surprisingly a new treatment in Harley Street that promises a ‘One Day Smile Makeover’ is proving pretty popular.

Developed by Elleven, it promises to give patients a complete set of porcelain veneers within the day.

An initial consultation notes just how patients want their smile to be improved, and then a ‘trial smile’ is designed, shown on a model. On the day of transformation, the patient arrives in the morning and the dental restorations are created using computer aided design and manufacture. A porcelain block shaded to match the resident teeth is perfected. The resulting dental creations have a life-like porcelain appearance, it is claimed, and these are bonded to the existing teeth. Hey presto, within just a few hours, a dire set of Hampstead Heath have been turned into pearlies to ensure a flashing smile.

Elleven is a specialist orthodontic practice that has been established since 2005. This procedure, perfected by Elleven’s Dr.Julian Caplan, former president of the British Academy of Cosmetic Dentistry, has been proving very popular since its launch early this year.

Its success stems from a computer system called CEREC, which uses the CadCam procedure to scan the mouth with a specialised camera, creating a virtual 3D image on the computer. It picks out teeth that would benefit from veneers or crowns, and design tools create a virtual restoration. This is then used to make the porcelain block shaded to match the patient’s teeth. Glazed in the oven, like pots, the resulting teeth are bonded into place.

So, if you have damaged, discoloured, worn, gappy or crowded teeth, this may be the thing to put a new smile on your face.