Tim Newark takes us on a tour of his favourite clubs a short stagger from Savile Row.

The pleasures of a London Club can be simple, sinking into an antique leather chair, sipping a glass of port, and raising an eyebrow at guests who have failed the dress code. At its best, it can be all the fun of a glorious house party with familiar faces and the run of an elegant building you could never afford to live in. For a moment, it is your splendid home in Mayfair or St James – and it impresses the socks off any foreign guests you entertain there.

As a historian, I have a particular passion for London’s venerable clubs. Each one has a distinctive character framed by its past members, expressed in formidable portraits and extraordinary memorabilia. Incidentally, Traditional Clubs is the correct term for these private members’ establishments, not Gentlemen’s Clubs, as that now refers to something completely different which involves lap dancing and stuffing money into garter belts (I believe).

I was commissioned to write the official history of the Naval & Military Club, known affectionately as the In & Out, and spent many happy hours exploring its archives and reading antique correspondence. One long-running spat involved a lieutenant of the 9th Lancers who had been caught smoking in the club’s reading room. He explained he was not puffing his cigar but merely holding it as he was passing from one room to another. The contretemps R grew and grew, culminating in the mass resignation from the club of 13 Lancers. The unrepentant officer in question went on to serve with distinction in the Afghan War of 1878, no doubt still chomping on his cigar.

Exiting from a suit fitting in Savile Row, the nearest traditional club is Buck’s, a mere two-minute walk away on the corner of Clifford Street and Old Burlington Street. Located inside an impressive Georgian townhouse, it really does have the character of a home from home. Opened in 1919 by army officers looking for a less formal establishment, it soon gained a reputation for attracting a younger, racier crowd. Buck’s Fizz, the champagne and orange juice cocktail, was invented there in 1921 and writer PG Wodehouse, who was a keen visitor, used it as the model for his own fictional  Drones Club. Actor Robert Hardy and former Prime Minister Sir John Major are recent members, as was Sir Denis Thatcher, whose wife Margaret became the club’s first honorary female member. On the first floor is its celebrated American Bar, above which hangs a fine portrait of Captain Buckmaster, the jovial founder of the club.

Strolling further into the heart of Mayfair, across New Bond Street, you come to the Savile Club in Brook Street. Embracing more arty types, its dress code is a little more relaxed, preferring smart casual and not insisting on a tie – but I always wear a tie anyway, as what is the fun of entering a beautiful interior if you are not equally well presented? And what an interior it is, having two distinct personalities. Originally two townhouses linked together, its extravagant rooms were the work of Walter Burns, the brother-in-law of the New York multi-millionaire JP Morgan.  Sitting in the bar, it is all late Victorian dark wood panelling, very masculine and traditionally club-like, underlined by a leering image of Bacchus reminding us of our purpose there. But then follow your host up the stupendous staircase to the dining room and you are in a wonderfully playful rococo space of mirrors and gilded decoration directly from Paris. What a surprise!

Drawing its membership mainly from the arts, past literary greats at the Savile have included Thomas Hardy, HG Wells, Rudyard Kipling, Max Beerbohm, AA Milne and WB Yeats, while Robert Louis Stevenson wrote in his diary when he was far away in Samoa, “It’s Friday today. I wish I were in the Savile.” That was the day they served roast beef and beer. Incidentally, the club gets its name from the fact it was once located in Savile Row in the late 19th century.

Traditional club land is mainly located immediately south of Savile Row across Piccadilly in St James’s. Palatial club houses line Pall Mall and St James’s Street, but two of my favourite clubs sit in St James’s Square. The balcony of the East India Club, on the west side of the square, was where news of Wellington’s victory at Waterloo was first announced to an excited crowd. A plaque on the outside of the building recording this event was placed there in 2015 as part of the square’s celebrations of the bicentennial of the great battle. Inside the club, I love sitting in its dining room surrounded by portraits of nabobs – merchants rich from trade in the Far East – eating a curry and drinking the excellent club claret.

Directly opposite the East India is the Naval and Military Club, relocated there from its long-time home in Piccadilly in 1999. It was the original gate posts marked boldly “In” and “Out” for horse drawn coaches that gave the club its informal name and these have been reproduced on the columns of the entrance. Previously the home of Lady Astor, the club has beautifully restored its breath-taking interiors, most notably the Grand Stair leading to the Coffee Room – its dining room, replete with epic military paintings, gilded carving, mirrors and cherubs, plus, of course, a magnificent view across St James’s Square. There is no grander place to eat a breakfast of bacon and eggs in the whole of London.

You do not have to be a member of the armed services to join the Naval and Military but it does help to subscribe to its ethos as portraits of generals and admirals are everywhere. Drink fashions have changed since it was the exclusive preserve of old soldiers and seamen, as Russell Newman, its much-loved bar manager tells me. “They used to drink whisky, gin and tonic and beer. Now, it’s wine and especially champagne. We never used to open a bottle of champagne to sell by the glass – there was never a call for it. Today, it’s one of our bestsellers.” The club champagne is Pol Roger – the favourite fizz of Winston Churchill.

Finally, having wined and dined too well, if your reciprocal memberships stretch to it, I strongly recommend a short walk to the Travellers Club in Pall Mall. There you will find one of the best club libraries in the West End – and most importantly a well-designed chair that allow you to stretch out and take a snooze. Yet another great pleasure of London’s traditional clubs…

Tim Newark is a historian, author and political commentator, contributing to the Daily Express and the Telegraph. He is the author of ‘The In & Out: A history of the Naval and Military Club’ (Osprey, £40). 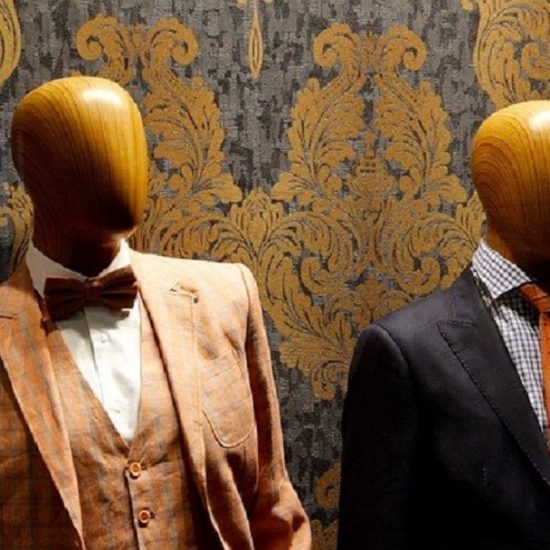