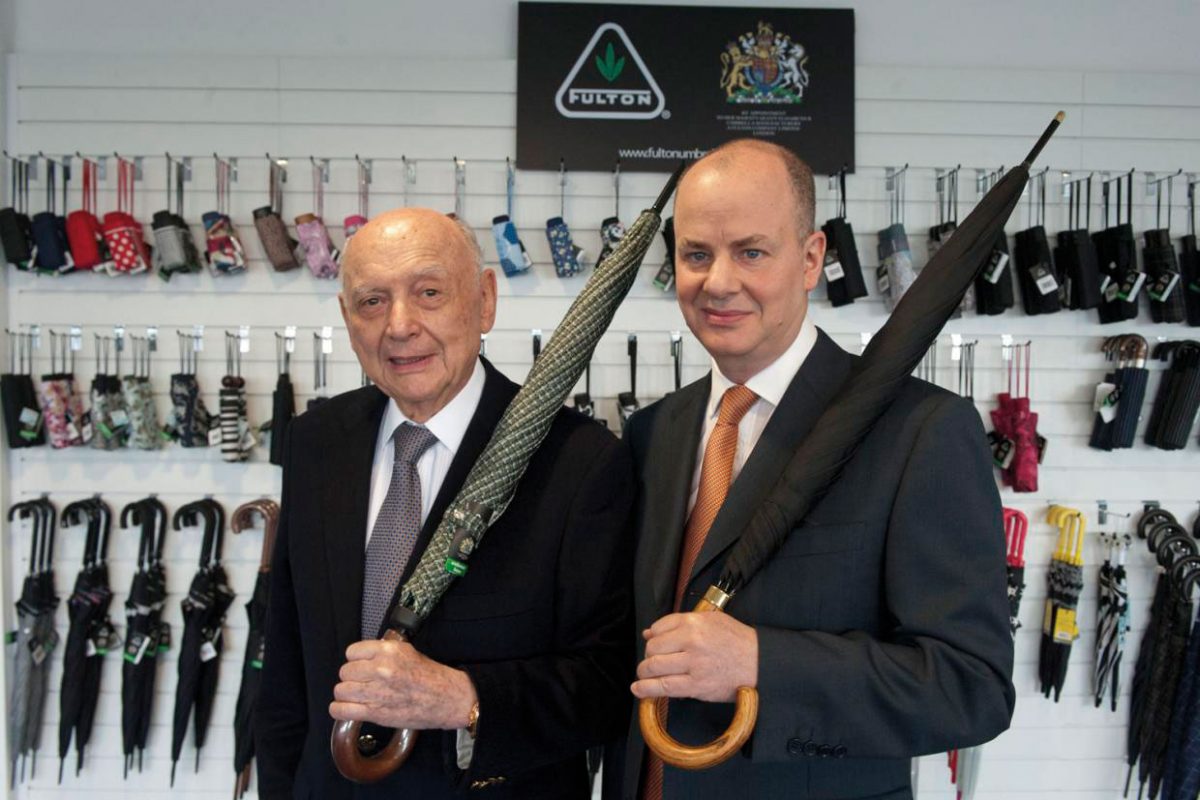 Fulton, umbrella makers to The Queen since 2008, is celebrating its 60th anniversary in 2016 with a new range of “Diamond” umbrellas. The firm’s iconic “birdcage” design is regularly used by Her Majesty on walkabouts, with each umbrella made bespoke to match the monarch’s outfits. An umbrella is the perfect accompaniment to any outfit, especially when in the UK, and Fulton make an excellent range of gentlemen’s umbrellas too, ranging the handy telescopic variety to more traditional full-size version with an elegant, Malacca wood handle.  The vagaries of the weather are no problem though as Fulton use the wind tunnel at Imperial College to test several of its brollies, ensuring they can withstand wind speeds of up to 78mph!